Hello everyone, well, more time has gone by, and faster, than I had planned, in between posts, and here is one reason: 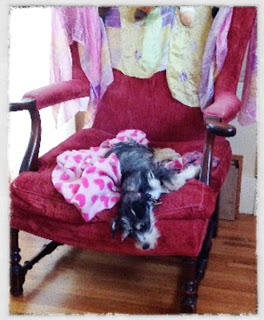 This is Gilly, waiting for the next exciting thing to happen around here.  I'm learning in Puppy School how to encourage her to find entertainment without nibbling on me or pulling at my clothes.  Raising a puppy is rather time consuming, in a nice way, but still I'm glad I don't have 5 of them which her (birth) mother might have done. 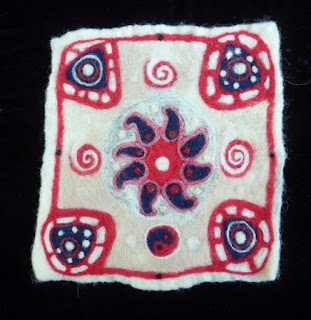 That's the "asymmetry of independence". 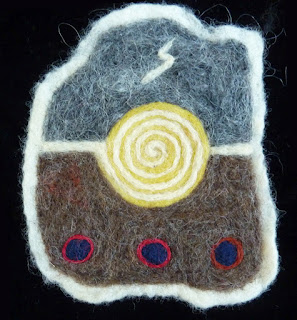 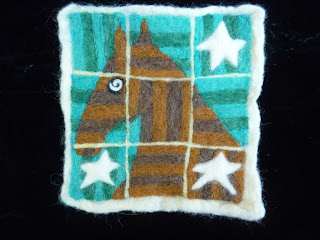 Here's one of my favorite horse inspirations, from the Art Institute in Chicago: 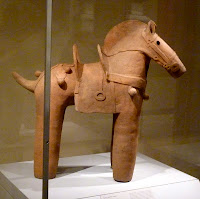 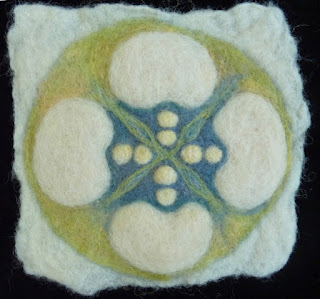 Now as to the title of this post, "reservations".  I've been thinking how it can mean making a nice time- space for something, like reservations for dinner.  Then again if one has reservations ABOUT something, it's likely to forecast a change of direction, one of which I've just had.  I was thinking of having a little show/sale at my house, but then I began to "have reservations" and changed my mind!  It's a big relief.  Perhaps another time.  Meanwhile I hope you are enjoying plentiful reserves and moving forward contentedly.  xoxo, s.

We were lucky to have clear skies for the big moon...what a beauty it was, is...peeping through the roses. 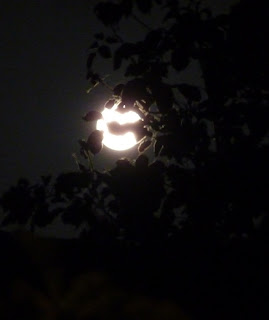 and here is a piece I began at the new moon...experimenting with combining embroidery and felt... 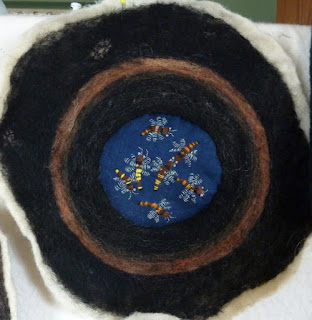 The other day there was a lovely shower of rose petals that Gilly pondered in wonderment: 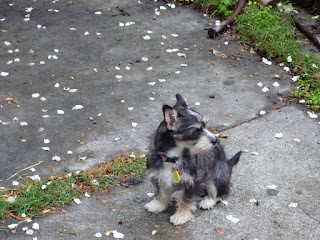 I wasn't fast enough to capture them falling.  Now she has had her shots so we've been taking walks each day.  Today wasn't too successful down at the waterfront due to some aggressive dogs...we have to figure out when is best to go, and I need to get her a harness so I can lift her out of danger safely.  She weighs 7 pounds now and was complimented in Puppy School for her increased confidence and good Sit and Down.  Wow!!  That's all for now.  Happy Moon!
Posted by Suzanna at 9:23 PM 8 comments: